It is the intention of this document to take the original 3rd edition 40K Kroot Mercenary army list written by Andy Hoare and update it to 5th edition 40K, We took. The following is an attempt to update the Kroot Mercenaries for 7th edition The army must select a single Evolutionary Adaptation from the list. as mercenaries across the Ultima. Segmentum and beyond. Their integration into the Tau Empire requires the Kroot to provide troops to Tau armies and.

Over on the 30K side of things we have everything a 40K Ad-Mech player could ever dream of. Forum adverts lsit this one are shown to any user who is not logged in. I ended up losing the game due to Mercfnary Jetbike objective grabbers on the last turn, and am sorely lacking that type of unit in my own army. Oaka Yeah, I wanted to add in the purple that I have scattered throughout the rest of the army, but it seems a bit forced.

Oaka I reworked the whole idea, and went full rotting zombie Kroot. The color choices i dont love but the kroot themselves look great too. Think lots of plasticard armor plates and netting with Kroot holding on as the skiff races into battle.

I say let the funky units come over and play. Oaka Here are some shots of the army so far.

krroot Oaka Some images of where I am starting and what I hope to achieve for a model to use as a Wraithknight. With Adeptus Mechanicus just getting a new shiny codex — everyone was hoping for a transport, and some new tanks.

The unit will give up their token and then hide the rest of the game, more suited for mindless zombies than resurrected warriors. The shapers with eviscerators count as a hekatrix with agoniser. I think I will paint the eye sockets black, and go over the quills, but I think the skin tone is going to be the most important part to emphasize that this is an undead model.

I’ll probably roll into this tournament in November with an point list that I’ve never used before, lose four times, but have a fun experience regardless! Email notifications for threads you want to watch closely. One quick look at your gallery and I can tell you are capable of some excellent converting and painting work.

I’ll be keeping a close eye out for more. I like very much the conversions and the painting, but especially the overall look is krroot Now without transports, foot Wyches do not last afmy, so the lists I’ve had some success with include a small unit of 2 Khymerae to go with each Wych unit Khymerae represented by Kroot Hounds and by using Ynnari rules.

I figure there is no better deterrent to attacking my tiles than seeing giant pink meat sacks sticking out armt them. I then modeled some small details onto the straps. As far as I am aware, there are no current rules for them but they are expected, as per the Forgeworld FAQ: Oaka Updated on my first post with all the models for this army, I will continue to update the first post as things eventually get finished.

The bolt thrower harness was copied from the Forgeworld model, with four nailheads in the corners of the kroog. Plus, I always thought the dark eldar were kinda a lame army lol I mean what’s next?

Authors note – this is far more arrmy originally presented in Chapter Approvedhowever with the changing of the editions things have become cheaper and rules more freely distributed, this is an attempt at a “Chapter Tactics” style kroto benefit that comes at no cost. I also made a buckle for the rear strap to match the Forgeworld model. Please note, for those of you who play Chaos Daemons as a faction the term “Daemon” is potentially offensive.

Please note that, as always, this is completely unofficial and in no way sponsored by Games Workshop Limited.

Always happy to see Kroot pop back up I’m newer to converting. Very creative and detailed. I’m doing a similar army, all Kroot, albeit way way behind your progress, and different fluff wise. I’ll try to emulate Kroot mercenady those rules and see if I like it! Currently I have two armies in sight that would work for rules as a “Kroot Kore” of mercenaries: I’ve based it with the same sand and gravel mixture I’ve used lits over ten years, and then added patches of flock and static grass.

What’s wrong with tau codex? Great Knarlocs could be represented as Dread Knights, and everything in-between had a very reasonable counts-as choice. I’m in the process of painting it and some accessories to add to the final model. For arm and leg repositioning, I was originally breaking them at the joints and putting putty in the gaps, but you are correct this doesn’t usually end up with a good result.

It seems a bit DE in appearance but im not sure. 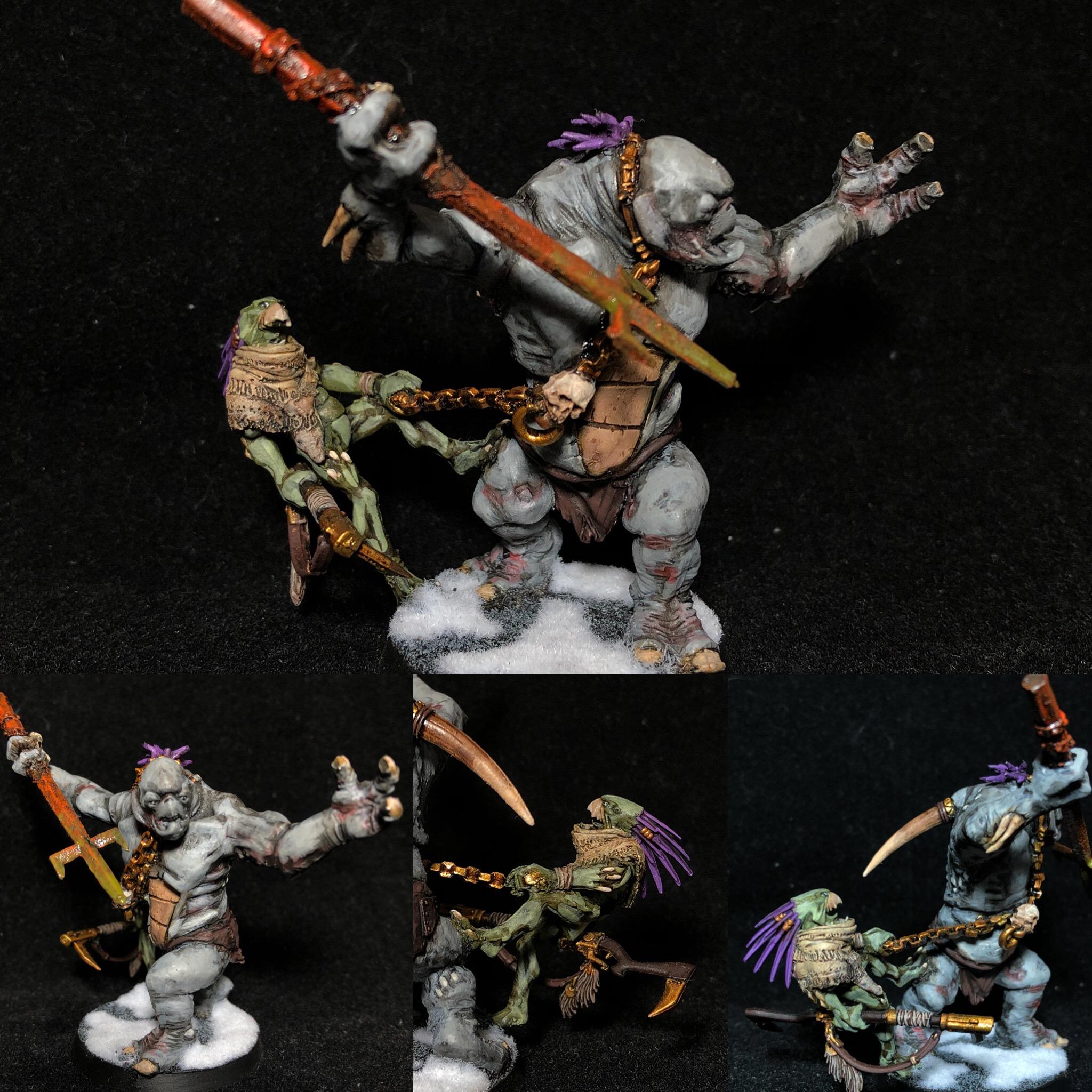 Models from left to right: Actually thought about that. Now that I have five shapers, I can finally run a Shaper Council from the old Kroot Mercenaries army list if it ever makes a return.